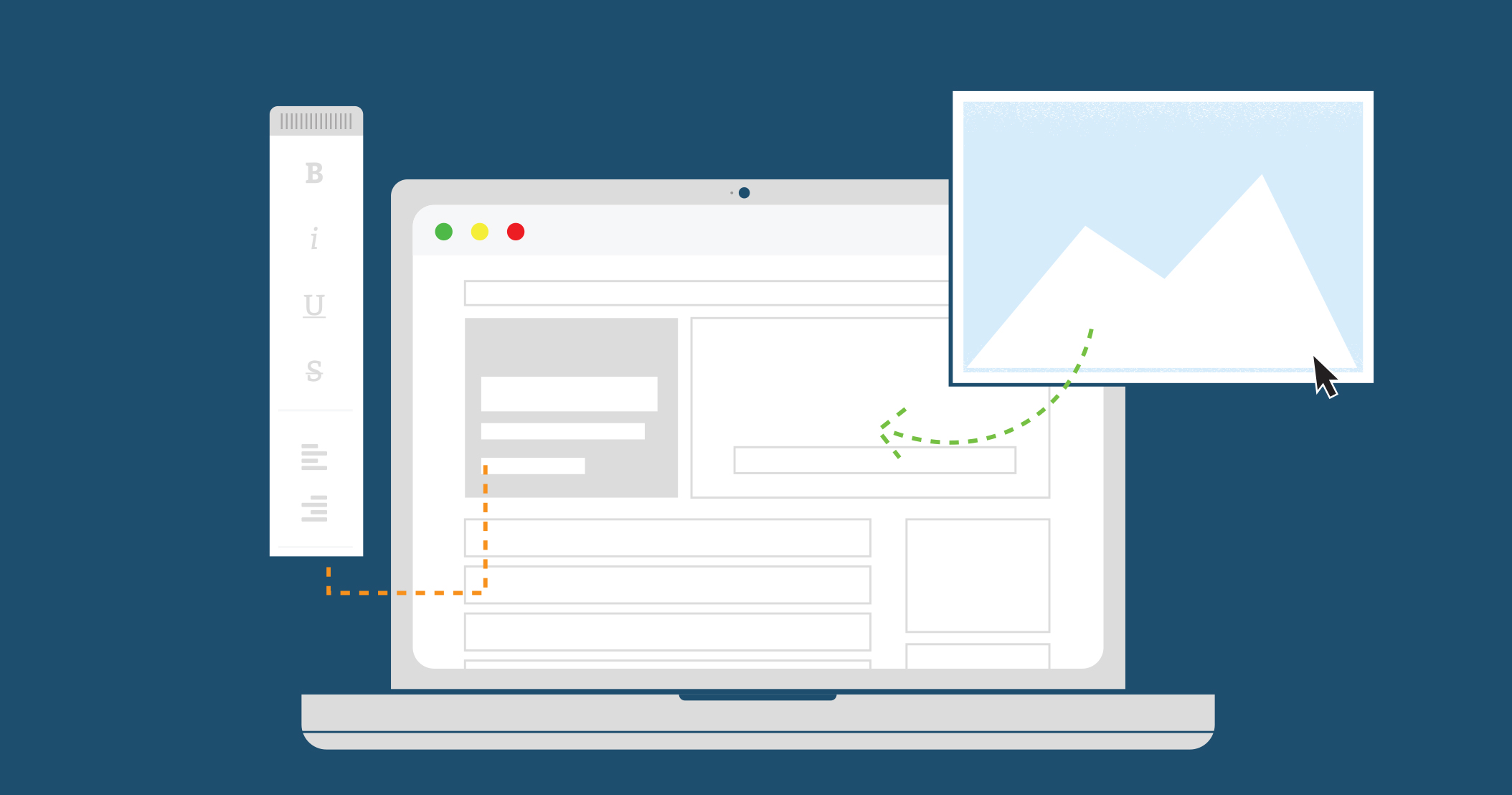 A well designed interface is about more than just trendy, flashy, cool graphics and fonts. A good user interface focuses on the needs of the site first, not the wants of the people responsible for designing it. In some cases making the slightest changes to your interface can help lead to better user conversion.

Last year we were contacted by one of our long time clients and asked to make a series of updates and edits to their site. We were able to quickly work through a series of wireframes and design iterations to land upon a new layout that was more user friendly without sacrificing content.

From the beginning we had a clear idea about the goals of this UI update. This is a data driven site and that main focus could not afford to be diluted down in any way. So our goal was simply to deliver the data in a better way and allow users to get to the information they were looking for quicker by delivering stronger messaging and calls to action.

We started off with some quick wireframing comparing different points of interest along with the hierarchy of elements we knew needed to be on the page. Wireframing allowed us to quickly move through a few iterations without getting hung up on design details. Once the information and hierarchy were agreed upon we moved onto presenting a few design options.

The biggest improvement here was the addition of the trending regions(see pic 2) section of the site. This new layout, which now incorporates a slider, allowed us to relay what was previously multiple pages of content, down to a single feature. Users can now quickly browse the top regions for data centers while also viewing the top ranked facilities within them. This allows for natural discovery without having to dig for this information.

Other UI changes involved better messaging and a larger call to action. As soon as the user lands on the homepage they are now greeted with a large search box allowing them to jump right to the company or area for which they are wanting to search. We then did some quick color exploration in an effort to better drive home the messaging. Ultimately deciding upon an option that offered the best amount of contrast to the actions we were wanting to drive users to. 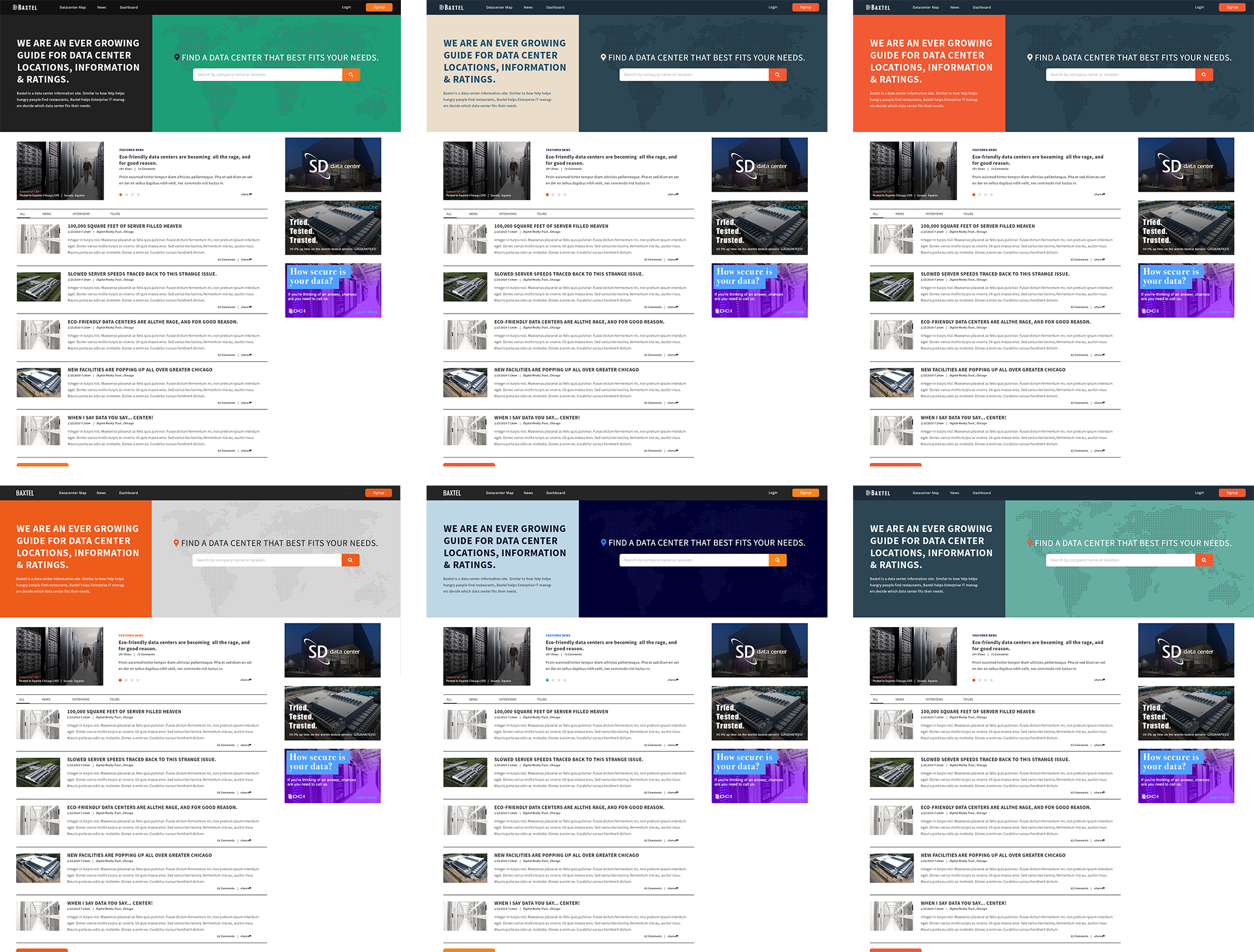 While only certain areas of the site were visually updated we went ahead and did a full review of the site making sure the new color palette was updated throughout. We also refined the typography, making sure size usage and spacing were consistent.

In addition to these UI updates other factors definitely tie into a successful launch of a new feature or design changes. Our development team ran through the site assuring performance was optimal- integrating Advertisements, and converting from Google Maps to Mapbox to name a few. Lastly, there has to be a push behind the scenes in terms of some SEO work and marketing, but that’s for another blog post.

This entire process was done in short monitored bursts with teams of 2-3 working on the project at a time. We quickly worked through the pain points of the site with a clear vision of the end goal. The entire UI rework only took a week and the development was completed in just three weeks. After launching these updates in early 2019, our client began to see a steady increase in traffic. Then in mid spring, when we pushed out the SEO changes, they received a whopping 1000% increase in organic traffic to the site over the past year which directly translates to increased traffic value.

Websites and applications should always be viewed as a work in progress. Analytical data should be collected and analyzed regularly to see where your site can use improvement and to help you better understand user behaviors. With that data in hand making some subtle UI changes just might lead to some huge benefits for your website or application.